How to split large Python Functions across multiple files

As a core contributor to OpenFaaS, you’ll find me in the OpenFaaS Slack hanging out and ready to help new users and contributors. You can join the community here. This was post inspired by a question from a new user who had just joined the community. He asked:

“How can I write a function in Python that uses multiple source files so that the main handler.py is able to import helper functions from separate source files.”

Using multiple files to create sub-modules helps keep the code organized and makes reusing code between projects/functions much easier. Functions and variables defined within a module importable into other modules and allows you to scope your function and variable names without worrying about conflicts. From the Python docs:

Today, I will demonstrate how to do this in OpenFaaS by creating a Python 3 word count function that is split across multiple files.

You should have a basic knowledge of OpenFaaS and Python, but if you’re new you can get up to speed using the workshop. I want to focus on how to take a “one-liner” function and turn it into a larger multi-module project.

Python allows you to reuse code from other files by importing it. For functions, relative imports allow us to specify those resources relative to the file doing the import. This provides maximum flexibility because the import is then agnostic to how/where the package is installed, which is perfect for OpenFaaS functions.

The stopwords is a plain text file of words that will be excluded in the wordcount. These are short common words that you would not want to include in a wordcount visualization such as:

All of the code for processing text and generating the counts is found in wordcount.py:

Note that processing the STOPWORDS at the start of the file means it will be loaded into memory once the package is imported rather than on every request, which would create additional latency and I/O overhead.

Using a relative import, we can very easily use the process_text method to create a very simple handler.py:

This style of relative imports will work for any file or sub-package you include inside of your function folder. Additionally, your IDE and linter will be able to resolve the imported code correctly!

Deploy and test the function

You should have OpenFaaS deployed and have run faas-cli login already.

A note on Python 2 usage

Using the __future__ package you can get the same behavior in your Python 2 functions. Add from __future__ import absolute_import as the first import in handler.py and wordcount.py to ensure that the relative imports are resolved correctly.

Note, Python 2 is End Of Life this year and will not receive any bugfix releases after 2020. If you are still transitioning to Python 3, use the __future__ package to help smooth the transition.

When we use relative imports then we can easily split our code over several files for better organisation. We could take this further and import from sub-folders or sub-folders of sub-folders. This has the added benefit that the code is valid in both your local environment and the final docker container. Try the completed code example in this repo.

Checkout the OpenFaas Workshop for a step-by-step guide of writing and deploying a Python function detailing the other features of OpenFaas: asynchronous functions, timeouts, auto-scaling, and managing secret values. 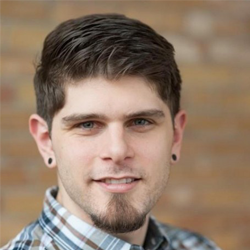