Meet faasd - portable Serverless without the complexity of Kubernetes

In this post Alex will introduce OpenFaaS' newest project: faasd - faasd brings the benefits of a portable Serverless experience without needing to learn and operate Kubernetes

In this post Alex will introduce OpenFaaS’ newest project: faasd. faasd brings the benefits of a portable Serverless experience without needing to learn and operate Kubernetes.

From the first iteration of OpenFaaS in 2016 (then called “faas”), portability and openness were two driving values for the project and community. They’ve guided us ever since, and as the industry consolidated around Kubernetes, we added support in the project. That was back in May 2017.

The faas-provider SDK allowed us to do this and was extracted from the core project shortly after adding support for Kubernetes. We’ve had a number of other community providers, but this is the one with the most traction today.

It’s my current opinion that Kubernetes is the best way to run OpenFaaS in production for everything from the edge to the very largest deployments.

After several years of working with Kubernetes and similar technology, I’ve become numb to its complexities and that makes me a bad judge of whether it’s easy to use or not. OpenFaaS aims to abstract away the repetitive nature of YAML files and to add value through its API and ecosystem.

As a consultant and CNCF Ambassador, I believe that teams need to use the right tool for the job, and that’s not always the most powerful and featureful. I wrote about a tiered approach starting with managed services, then containers, then orchestrated containers in: Your team might not need Kubernetes.

Announcing “Serverless For Everyone Else” 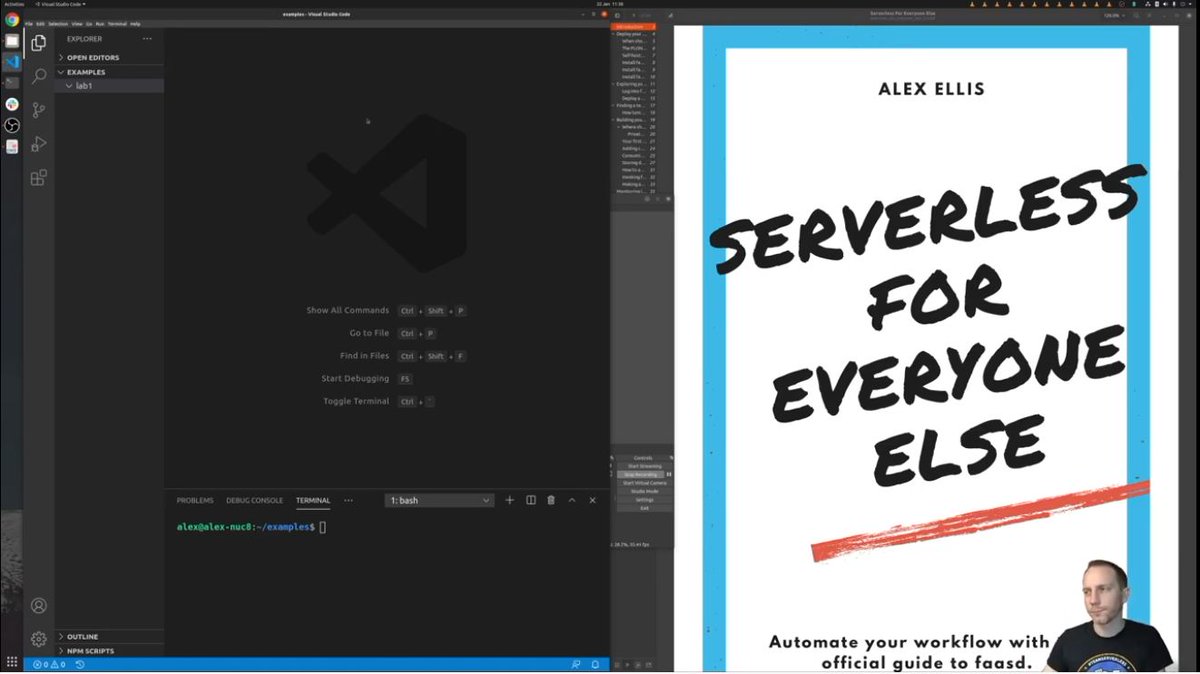 I’ve released my first eBook and video workshop called “Serverless For Everyone Else”, in the book I cover how to build your own self-hosted Serverless Functions without needing AWS IAM or Kubernetes. It can run on commodity hardware like a Raspberry Pi or DigitalOcean Droplet.

In the labs you’ll learn how to deploy faasd, how to use the OpenFaaS UI, CLI and REST API (via curl). The book then chances pace into hands-on labs with Node.js where you get to build out functions to query HTTP APIs, add npm modules, configure behaviour with environment variables and then add secrets. To top if off, you write a small CRUD API with Postgresql - all on the same host. The second half of the book concentrates on operational concerns like setting up TLS, or a HTTPS tunnel when you’re running behind a firewall and gives detailed instructions on monitoring your functions.

Check it out on Gumroad

“But there’s servers in serverless!”

We’ll often hear cries of “But there’s servers in serverless!” and this tends to come not from the Cloud Native community, but from users of managed services like AWS Lambda, Heroku and similar. 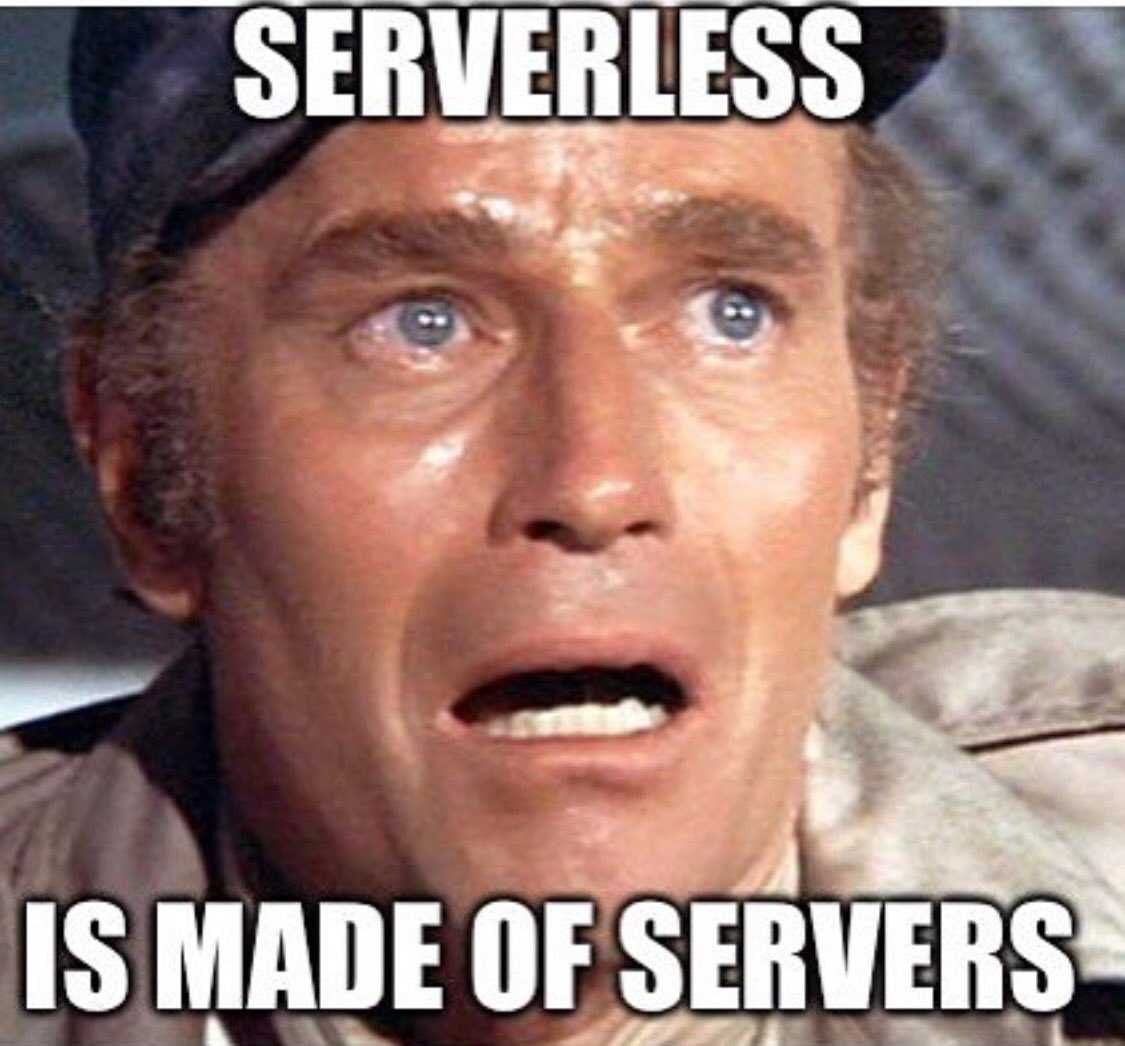 We all know that “cloud” was never a literal term, it’s abstract and there are no actual computers floating in the sky. Perhaps they’ve not even used technology like Docker yet?

I believe these comments come from a position of fear, and I would be scared too. I remember the first time I used Kubernetes.

Imagine if you needed “just a few functions” written in something like Golang or Node.js. How does OpenFaaS stack up to a fully managed platform like Heroku? Whilst option equates to “git push” and you’re done, the other asks you to learn the basics of Docker and Kubernetes.

So what about k3s? I’m a big fan of Darren’s work with k3s and I believe he was able to get so much interest in the project simply by inferring that it would be easier to use.

It turns out that k3s nailed the bootstrap process and has dramatically reduced the memory footprint vs kubeadm, but it’s still upstream Kubernetes and it does not intrinsically make the day to day any easier.

faasd was built specifically to address the complexity of the CNCF ecosystem and of Kubernetes.

We didn’t throw the baby out with the bathwater though. faasd uses two CNCF projects that are also used in Kubernetes:

faasd doesn’t use much more than that. It is distributed as a static binary instead of a Docker image and can be installed via cloud-init or via bash in a matter of minutes.

How have the community responded? Well there’s now 9 contributors to the faasd project and indirectly, there’s over 250 because faasd uses the exact same components of OpenFaaS. Instead of complicated YAML files and helm charts, faasd references the Docker images we built and push to the Docker Hub.

How is faasd different from OpenFaaS on Kubernetes?

faasd is for anyone who wants to create an API, function, or microservice.

Parity with OpenFaaS on Kubernetes:

On a Dell XPS with a small, pre-pulled image unpausing an existing function took only 0.19s and a cold start only took 0.39s, without further optimization. It’s very difficult to get anywhere near these sorts of cold-start speeds with Kubernetes

As far as HA is concerned, you can deploy faasd in redundancy. You can integrate with CI systems, and you can get TLS by installing a reverse proxy like Caddy or Nginx.

When should I use faasd?

From the Deployment docs

faasd is a light-weight option for adopting OpenFaaS which uses the same tooling, ecosystem, templates, and containers as OpenFaaS on Kubernetes, but which doesn’t require cluster management. faasd uses containerd as a runtime and CNI for container networking.

Mehdi Yedes recently put together a tutorial for the kind of use-case for which we designed faasd. He also walked through installing faasd to a Raspberry Pi as an edge device, which can make a good alternative to using k3s.

How do I get started?

There’s multiple ways to deploy faasd, pick whichever suits your needs. The core dependency is a Linux host and we test primarily with the LTS version of Ubuntu.

OpenFaaS is best run on Kubernetes, but this does come with a learning curve and for some teams, an ongoing maintenance cost. Whilst Kubernetes is great for scaling up and scaling out, scaling down can be just as important, and that’s where faasd comes into its own. faasd presents a new option for teams that want to start out with Serverless and keep it both open-source and portable too.

Are you still using Docker Swarm in production?

We hope that faasd could provide a way for us to deprecate support for Docker Swarm, which is currently made available via faas-swarm.

If you’re using OpenFaaS with Swarm in production, I’d strongly suggest that you get in touch to discuss your requirements: support@openfaas.com.

You’re not on your own!

Finally, if you do run into technical issues with OpenFaaS and you need support, do feel free to join the Slack community and ask away.

We’re here to help you, and if you need more than can be offered by the community, OpenFaaS Ltd offers reassurance and consulting services.

Connect with the community