Introducing the Template Store for OpenFaaS

Alex Ellis walks us through how OpenFaaS approaches serverless packaging and the new "Template Store" feature making it easy to share and discover custom function templates.

I would like to introduce you to the new Template Store feature which has been developed in the community to make it even easier to discover and share custom function templates for your serverless functions. We’ll look at how serverless platforms such as AWS Lambda package functions in zip files along with some of the pros and cons. We’ll then take a quick look at how OpenFaaS packages functions using the Docker/OCI image format and learn how to discover custom function templates using the new template store feature.

The earliest example of packaging for serverless functions was in 2014 when AWS launched the Lambda product which allowed developers to write a short script in a text-box on a webpage before hitting “save” and deploying that to their production environment. For very short and simple scripts you can’t beat a text-box for convenience, but as soon as you move beyond that and start adding pip modules or npm modules then things get harder. Lambda solves this by asking you to run npm install or pip install on your local computer and then you need to zip the folder and upload it to an S3 bucket. 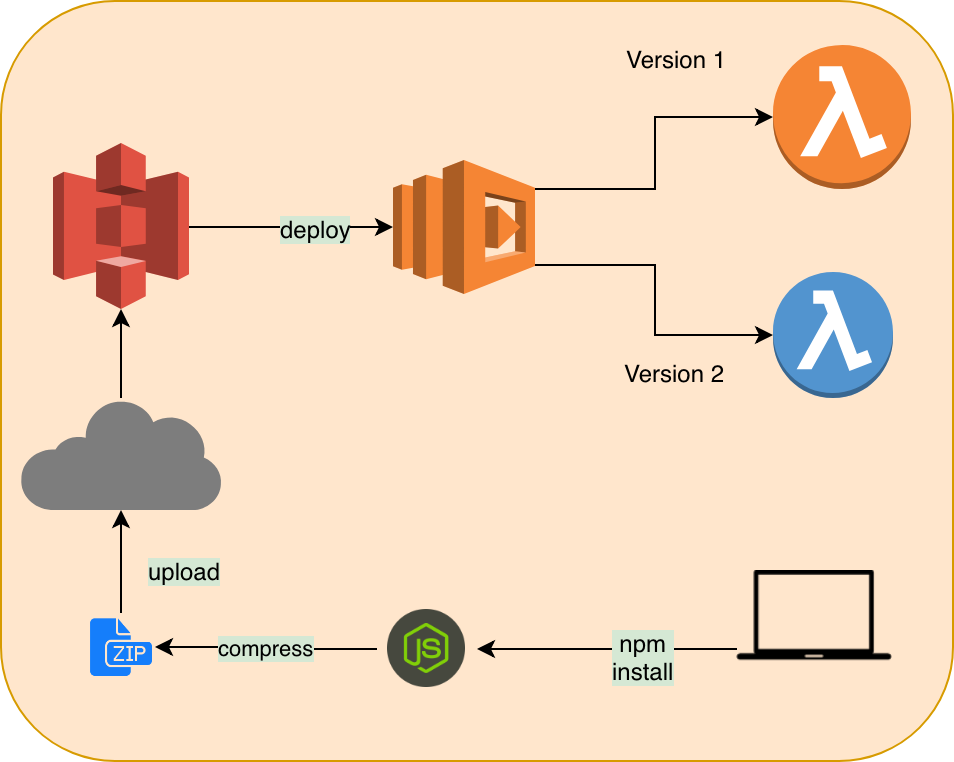 There are some drawbacks to using zip files for packaging software to run as a function.

Some common Python or Node.js modules need to make use of a native C/C++ toolchain to build their dependencies - these are known as native dependencies. Since most modules need to build against shared libraries or modules such as gLibc this makes building such modules very painful and frustrating. Ideally you need a complete replica of the Lambda runtime environment such as a separate Virtual Machine running Amazon Linux in order to build your code’s dependencies.

Assuming you have a VM set up you now need to circulate that within your team and make sure you all use the exact same version. If you don’t then the builds being made are no longer repeatable nor portable.

Running a VM or having to build native modules for a different set of shared modules or OS target during CI/CD is problematic and will mean a complicated build environment is needed to apply software delivery best practices. Once a working pipeline is set up the zip files will need to be versioned and stored in a separate artifact store making even more work. This artifact must be uploaded to S3 using tooling such as the AWS CLI which means credential management is also required.

There are many tools which exist to try to address these problems such as Serverless CLI, Docker Lambda and Apex.

One of the things the frameworks and tools above cannot help with is the package size limit enforced by cloud functions providers. At time of writing Google Cloud Functions shows a 100MB compressed limit and 500MB uncompressed limit for source code, libraries and artifacts. This may suit many of the smaller functions teams need, but when it doesnt then there’s really nowhere to go with this.

Developers are adopting Serverless functions in order to streamline their experience and to ship code faster. This needs to come with a high level of convenience, but as we’ve explored above shipping native modules can make this experience anything but.

When I made the first commit to OpenFaaS in November 2016 one of my primary goals was to improve the developer-experience for building and shipping functions. I had been working with containers for packaging software and helping others to adopt this methodology through the Docker Captains’ influencer program with Docker Inc.

At first glimpse packaging functions in a Docker image may seem heavy-weight, but it has some characteristics that bring convenience over working with zip files.

Docker images provide repeatable builds that are portable. You can easily share a Dockerfile with your team through git or your source-control management system.

The layered file-system used to build/share Docker images means that you only have to transfer deltas across the network rather than the whole package. Once the base images are in place on a node, if you only changed 50Kb of Python code, then only that 50Kb of Python code will be saved in a new layer, be uploaded to your registry and downloaded on the target node.

The rise of microservices and the modernization of existing legacy monoliths by Docker Inc has meant that as an industry we have an accepted way of packaging software - the container image. At the time of writing ThoughtWorks recommend shipping software in Docker images to increase portability and reduce lock-in. 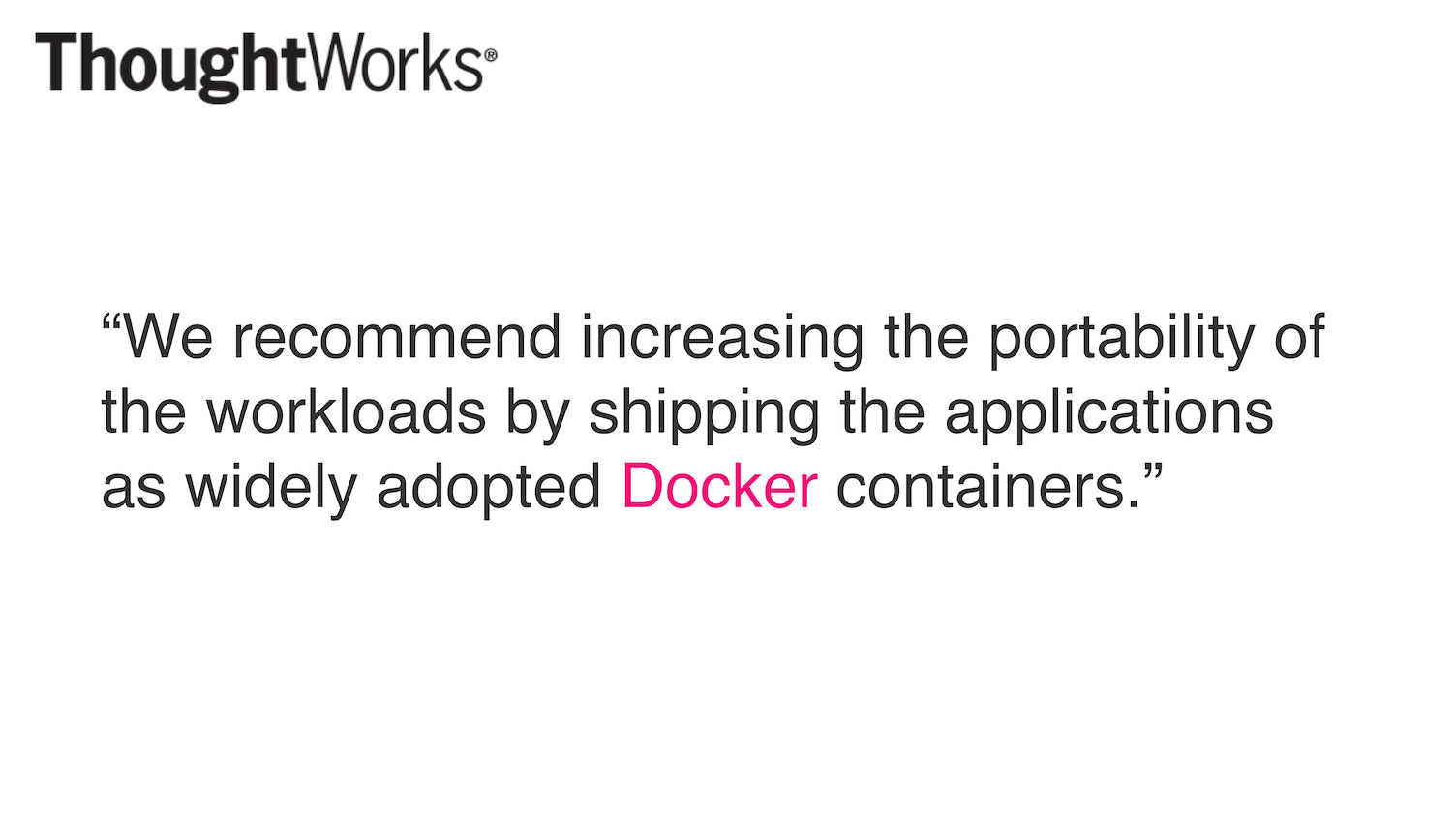 This is evident in the ease with which we can build Docker images in our existing CI tooling and in the new wave of projects under the banner of GitOps such as JenkinsX, GitHub Actions, Weave Flux, GitLab Runners and Travis CI.

There are much higher limits for how large your container image can be compared to the zip files accepted by cloud functions providers. An answer on StackOverflow believe this to be 10GB, which is around 10x bigger than Google Cloud Functions allows at time of writing. I certainly wouldn’t recommend a 10GB Docker image for your function, but it does show that this limit becomes more of a judgement call than a hard-limit.

Every OpenFaaS template is based upon a common format which can be applied to produce a Docker image that runs as a serverless function.

There is only one CLI command needed to a user’s handler and package list into a Docker/OCI image.

If you have multiple functions then you can also build them in parallel with the --parallel flag.

If you run faas-cli up then your code will be built, pushed to a Docker registry and then deployed via the OpenFaaS RESTful API. 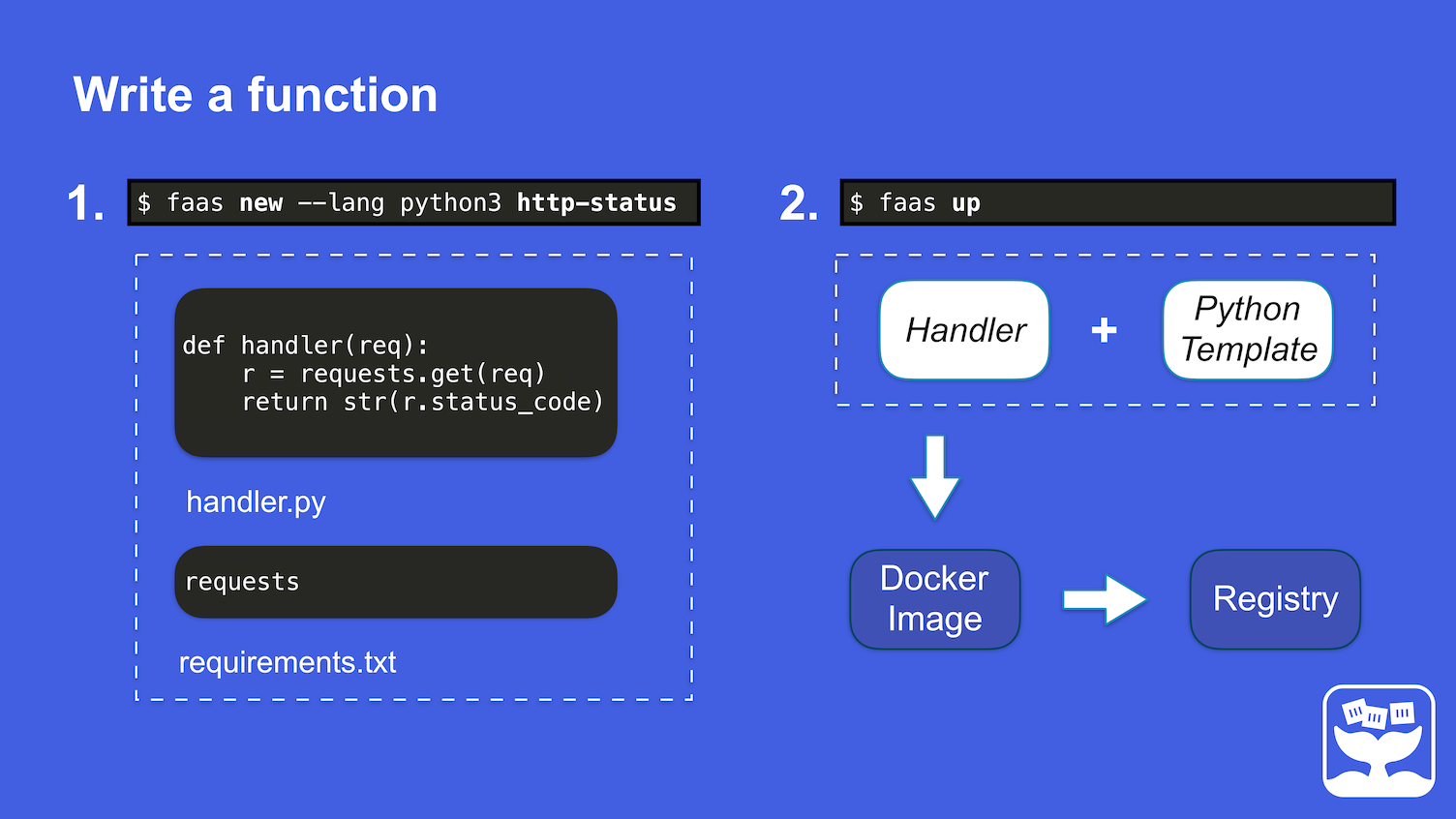 Conceptual diagram showing the faas or faas-cli packaging a function

The template store was introduced to make it easy to build, share and make use of templates written for your favourite programming languages.

Around 12 months ago today we announced the OpenFaaS Function Store which was built to enable sharing and re-use of functions between our users and community. The template store builds on that success and uses a similar set of new CLI commands.

In 42 seconds @alexellisuk demos the most powerful feature of FaaS. The function store. This is what the future and the now looks like. An open source ecosystem of functions. pic.twitter.com/ix3ER4b7Jn

The OpenFaaS Core Team provides support for the official templates in the openfaas/templates GitHub repo, but there are a growing number of third-party, experimental or opinionated templates which we wanted to make available without breaking the existing experience.

Examples of the community’s favourite templates include: Node.js 10 with Express.js, Python 2.7 & 3 with Flask and until recently the unofficial PHP template. We’ve now merged the PHP template into the official set.

Get your template into the store

The function store and the template store both have a similar model where a JSON served from the GitHub CDN provide an index of the items available to you.

You can view the manifest file here: templates.json

To get your template into the store follow this process:

1. Propose the template through a new issue

We’ll review the repo, Dockerfile and how the template is structured to make sure it is suitable for and workable in the store. You may get some feedback from the community before being given the go-ahead

2. Wait for the go-ahead

Once you’ve got the go-ahead you can send a PR to the templates.json file

Once merged you will be able to use the faas-cli template store commands to download your new template and start using it in your projects right away.

If you want to maintain your own template store for personal use or for your team then you can just pass the --url variable to your own file or set the OPENFAAS_TEMPLATE_STORE_URL environmental variable if you want to make this more permanent.

Here is an interactive demo from Martin Dekov who built-out the feature with feedback and input from the community.

The new list and pull commands can be accessed via faas-cli template store.

For instance you could create a new serverless function using Rust by first typing:

If you’re curious or want to check things out you can use the --verbose/-v flag to see more information.

Then the following (replacing alexellis with your Docker Hub username):

What if I have an existing microservice or legacy code?

There may be some circumstances where you have an existing microservice or project which isn’t suitable for a function template. An example might be a pre-existing ASP.NET Core application or a Sinatra app written in Ruby. There are two things you may find useful in this scenario. The first is to use the dockerfile template which creates a new folder with a Dockerfile allowing you to add whatever you need, or the stateless microservice approach which you can read about here.

We looked at some of the drawbacks and technical challenges faced by developers leveraging the zip-file approach to packaging functions. We then explored how the Docker/OCI image format can address some of those issues and finished by showing the template store in action along with covering how you can get your own templates accepted into the store for your favourite languages.

To get started today update your CLI with brew or curl utility script over at https://github.com/openfaas/faas-cli.